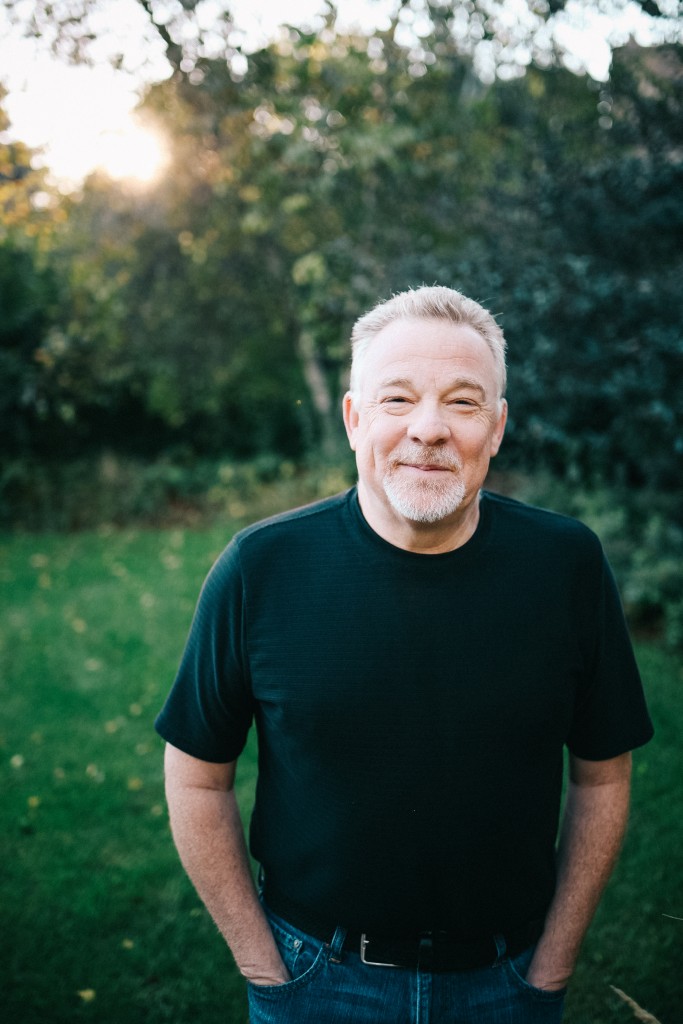 Why was I so tired—even on vacation?

Back in 1998, I noticed I wasn’t feeling like my energetic self. I was constantly super-tired and sluggish, very thirsty, going to the bathroom every chance I could—something was just not right. When these symptoms persisted even during a relaxing family vacation, I knew it was time to make an appointment with my doc.

That’s when I found out I had type 2 diabetes. I think there was some shock, but more so, I didn’t really understand the condition. My doctor handed me a bunch of pamphlets and introduced me to a dietitian, who rattled off a list of foods that should avoid.

Being a chef, that probably wasn’t the best way to get me motivated! I feared that my days of good eating were over.

I thought I could cure diabetes by eating less cereal!

For the next six months, I struggled with my diagnosis. I didn’t take my medicine like I should, I wasn’t big on checking my blood sugar and I thought I could cure diabetes by eating less carb heavy cereal. Basically, I was in denial.

But everything changed when my wife, Cindy, enrolled me in a three-day crash course on diabetes at a local hospital—an event I refer to as my “diabetic spiritual awakening.” From that moment, I knew it was time to take some ownership and get on it.

Accepting my diabetes made all the difference

By networking with dietitians specializing in diabetes, I discovered a new method of cooking—better yet, as I worked through my ups and downs, I came to realize that the selection of foods I could eat was vast and included many of my favorites. This motivated me to create delicious diabetes-friendly dishes that were also easy to prepare.

I soon found out I wasn’t the only one hungry for tasty low-sugar, low-carb, diabetic friendly foods. After doing a demo at a women’s health and wellness conference, I was swamped with questions. As I returned to my booth there were about 50 people huddled around who wanted to buy my cookbook. And I thought to myself, A cookbook…now that’s a good idea!

That’s what leads me to where I am today. Sharing what I’ve learned with all people living with diabetes. Helping them turn ordinary ingredients into something extraordinary.

Chef Robert graduated from the Prestigious Culinary Institute of America in 1976. In 1998 he was diagnosed with type 2 diabetes. Thus began his motivation to create great tasting dishes that are easy to prepare.

Robert has collaborated with Lee Iacocca. He has worked with Al Roker, Ben Vereen, Richard Simmons, Ann Curry, Indy car racer Charlie Kimble, The Amazing Race Winner Nat Strand and many others! Chef Robert has spoken in hospitals and health fairs in all across the planet.

With Roberts’ focus on healthy cuisine, he is considered a pro when it comes to food preparation and nutrition. Robert is a frequent guest on TV and radio.  He has appeared on ESPN’s Cold Pizza. Robert is the author of 3 best selling cookbooks. Chef Robert has also been featured in Diabetes Health Monitor, Diabetes Health magazine, The Radish and Diabetic Living Magazine.