Rob’s my married to my daughter. He’s an amazing cook! We are at the lake and cooking up a storm.

Rob’s plan is spoke the ribs for 4-5 hours at 175 degrees in a smoker with maple wood.

So let get the ribs rubbed up. Now of course it some sort of secret but here go’s 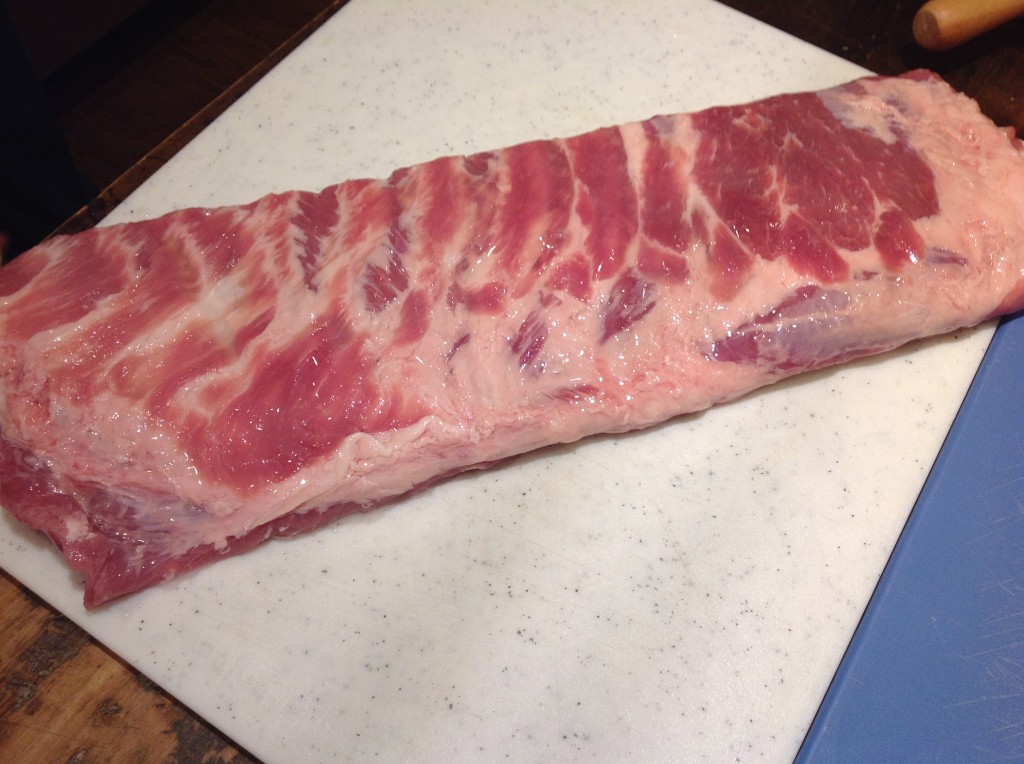 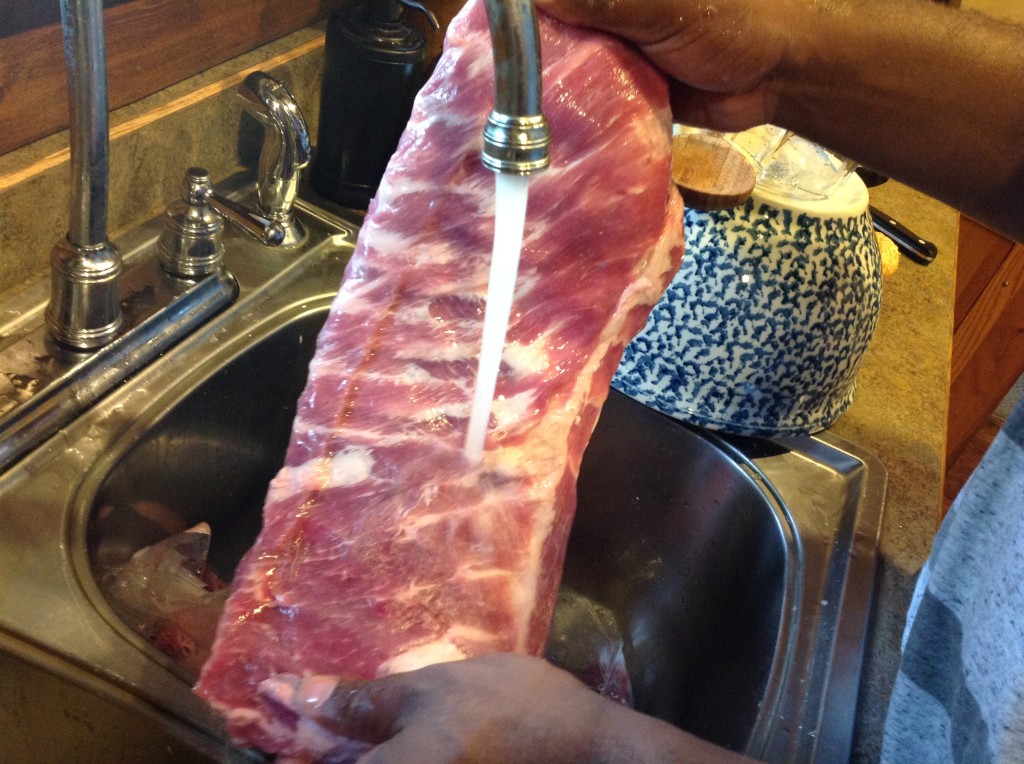 Wash the ribs in cold water. 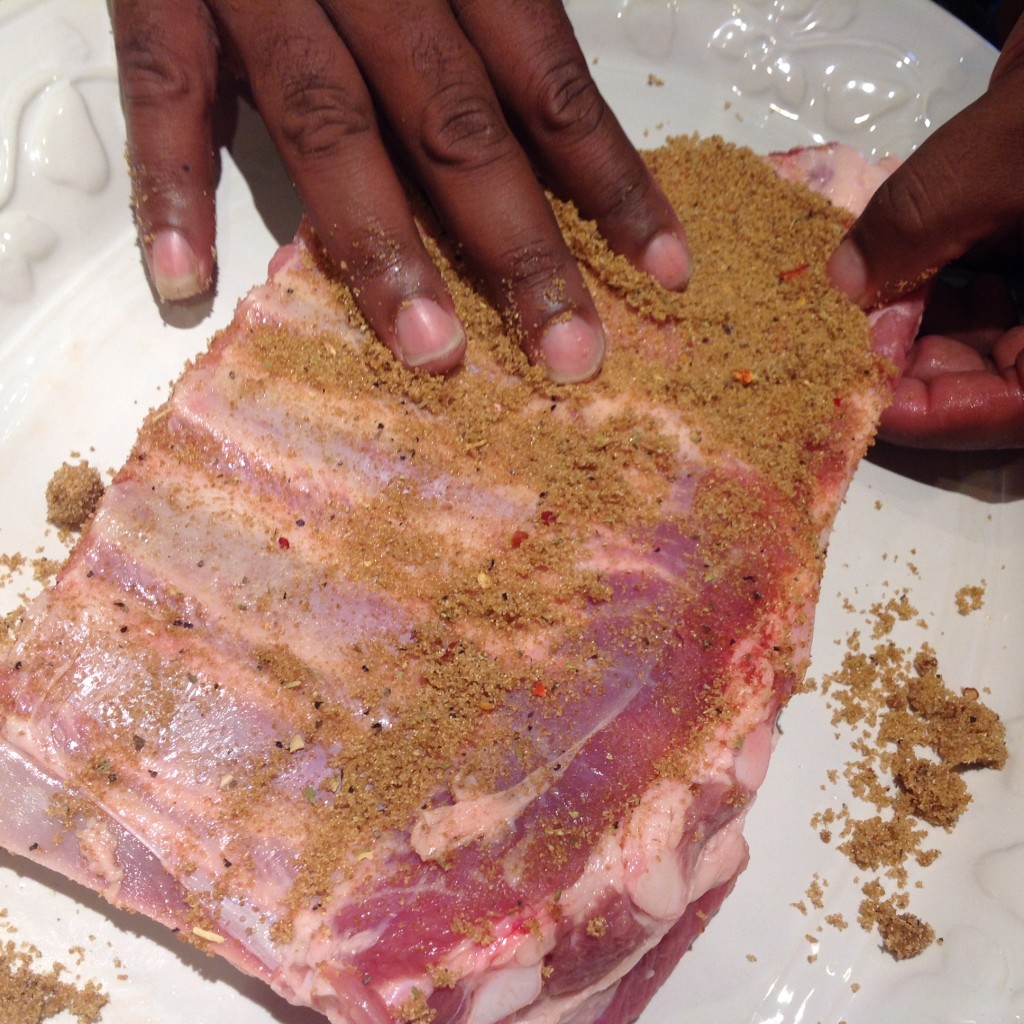 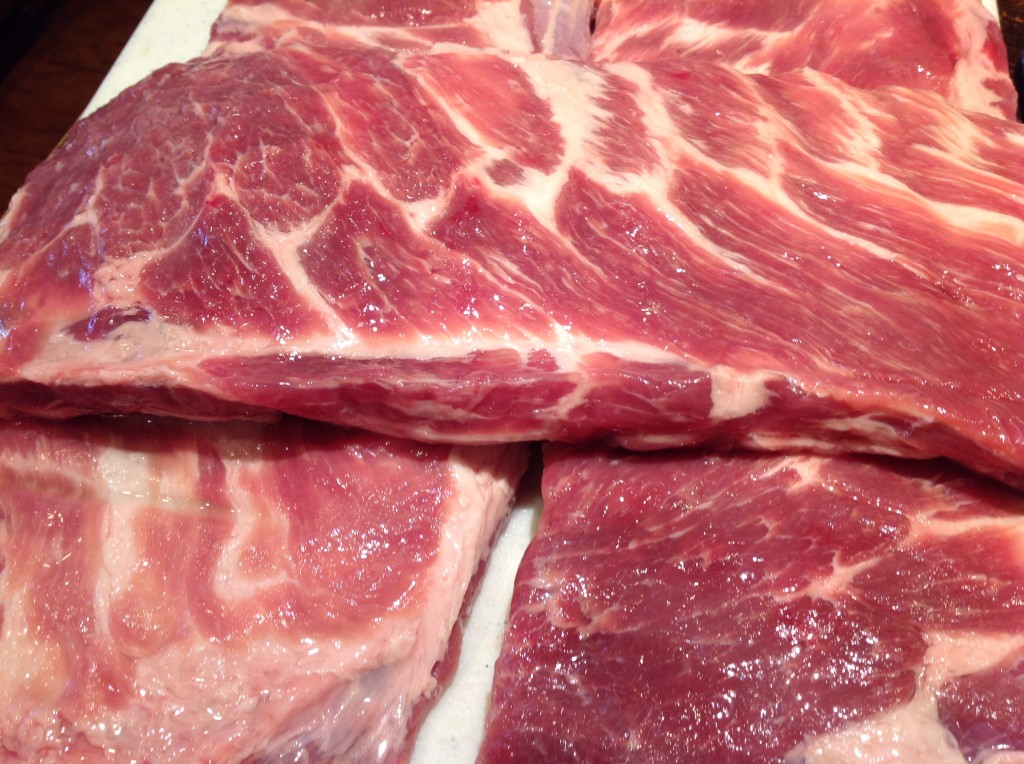 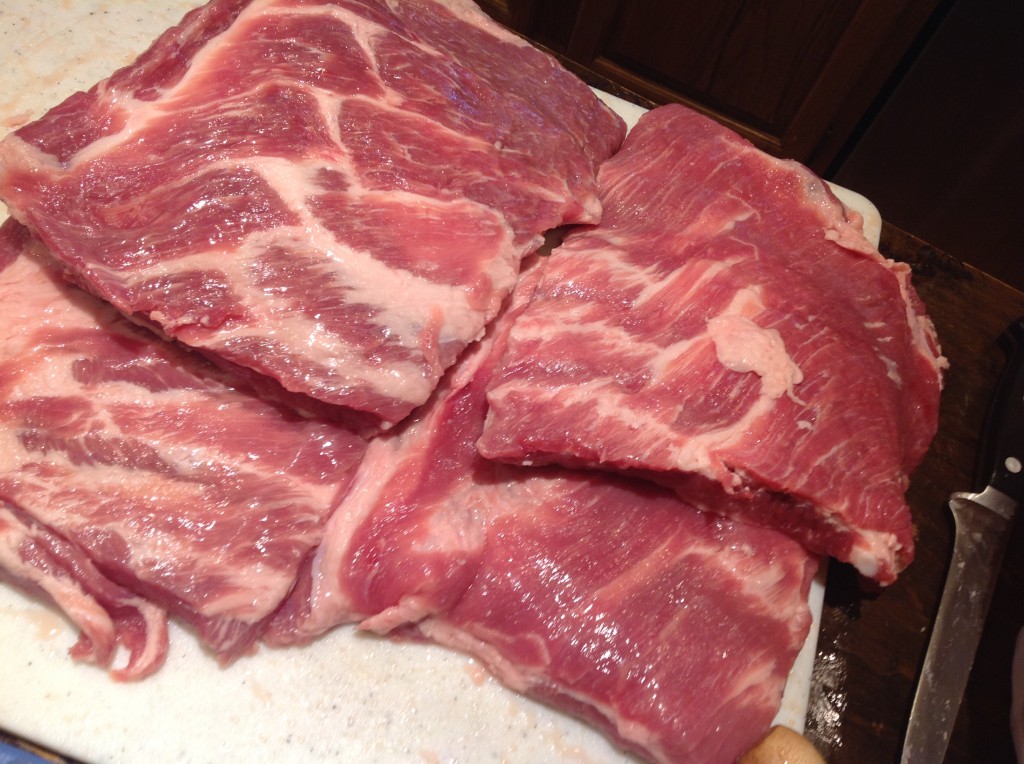 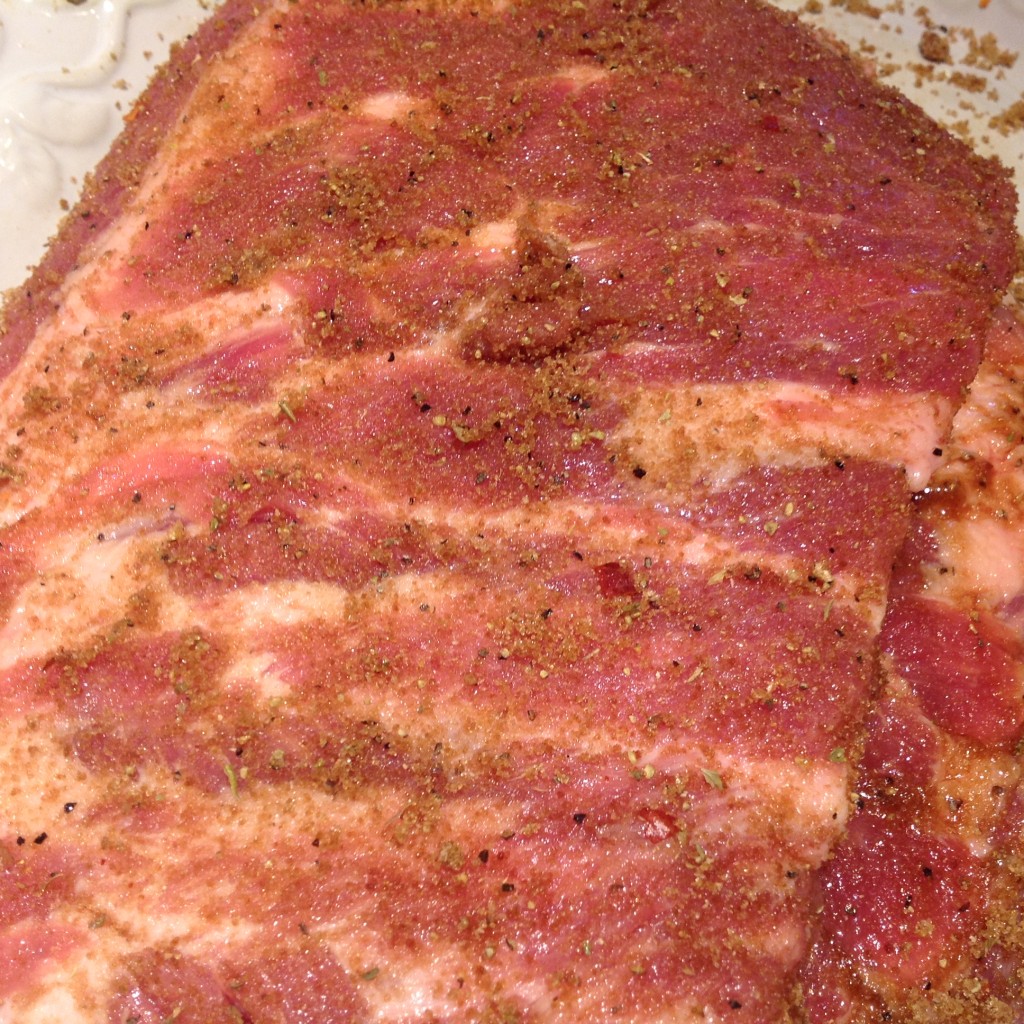 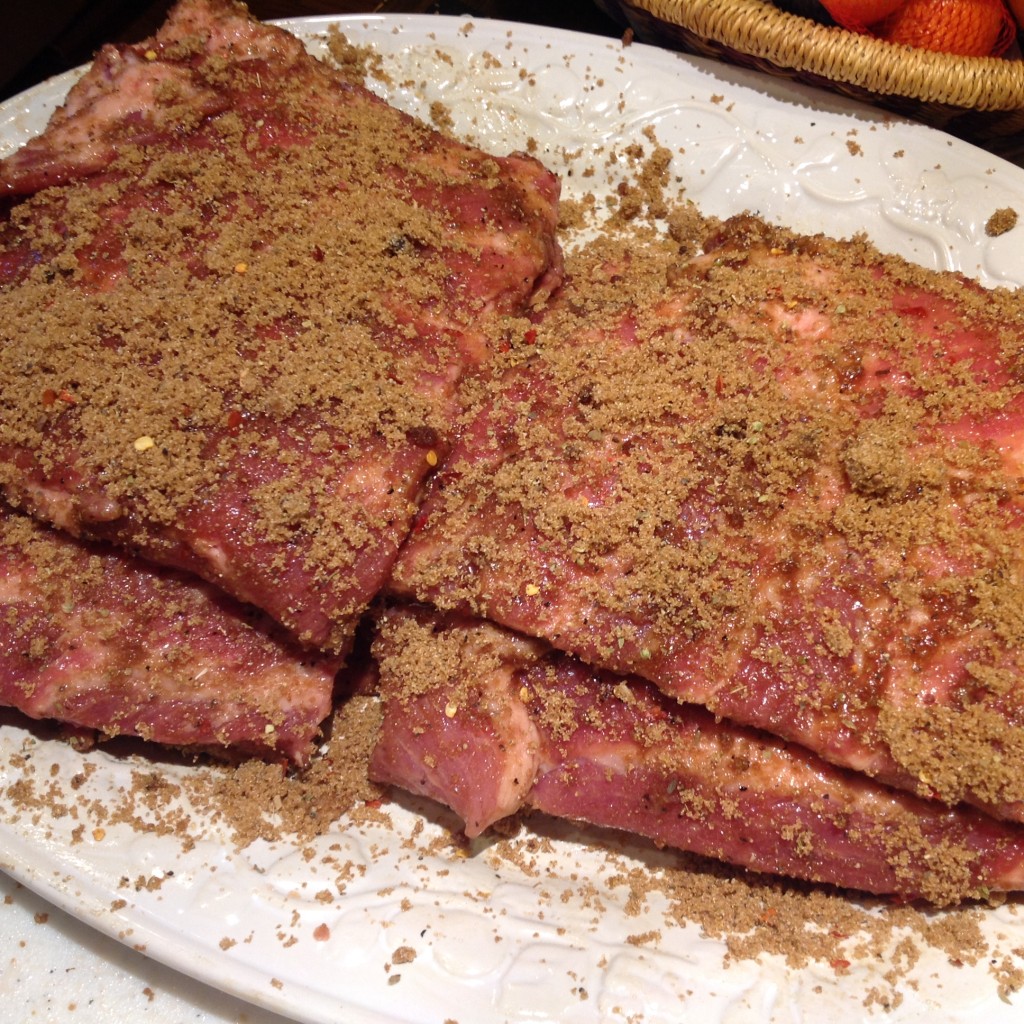 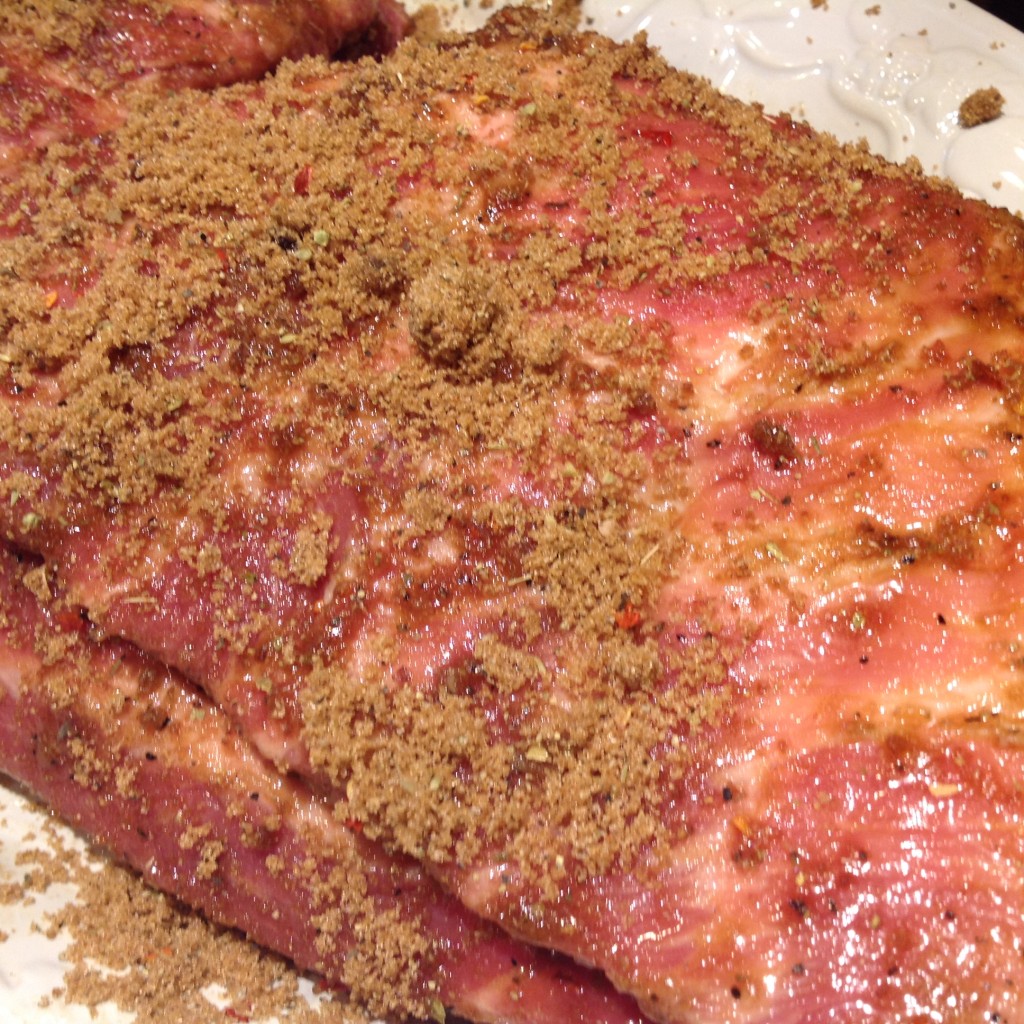 So what’s a BBQ Mop?

Internet legend has it that President Lydon B. Johnson’s favorite pitmaster, Walter Jetton, coined the term “mop” as it related to BBQ. Apparently he would barbecue such a huge quantity of meat for the president’s various cook-outs that he used a real, house hold mop to slather the cooking meat with a basting liquid (he actually called this liquid a “mop” too) in order to keep it moist. This practice eventually lead to the barbecue term, “mop.”

A BBQ mop (as in the liquid, not the tool) is typically a bit thinner than what most people think of when they think of BBQ sauce. A mop is usually composed of a a flavored liquid (like apple juice or beer), an acid (like vinegar or citrus juice), a fat (oil or melted butter), and spices.

The Secret Rub + 1 cup of  good medium quality whiskey, Bring to a boil then reduce to a simmer for 10-15 min.

1. Choose a rack of ribs from your grocery store that is pink in color, and has not been frozen. I prefer St. Louis style ribs, which are pre-trimmed. Your local butcher may also be of assistance to you.

3. Apply a Rob’s rub to the dry ribs, thats right smear it all over the ribs.  Cover with plastic wrap.

4. Let the ribs sit in the refrigerator over night. At least 12 hours.

5. Remove the ribs from the refrigerator about 1 hour before you are going to smoke them. They will be closer to room temperature by cooking time.

6. Heat your smoker to 250 degrees F. I also use an oven thermometer, placed where the rack of ribs will lay, to insure that the temperature is 250 degrees at the cooking surface. Many thermometers built onto smokers will actually be hotter that the actual temperature at the level the ribs are smoking at. I have found that 250 degrees F is the ideal temperature to smoke ribs at. You can use a mixture of  types of woods or  may be used including hickory, apple, cherry, pecan, etc. It just depends on what flavor you are looking for.

7. Smoke the ribs for about 5 hours, applying your mop about every 45 minutes. The thickest part of the rack of ribs should be about 170-180 degrees F if a constant temperature was maintained while smoking. During the last 30 minutes, I wrap the ribs in foil, apply my mop, and put them back on the smoker. This will make them very tender. Make sure your exhaust damper is wide open. You do not want to trap any of the smoke in the smoker. This can produce a very bitter taste. 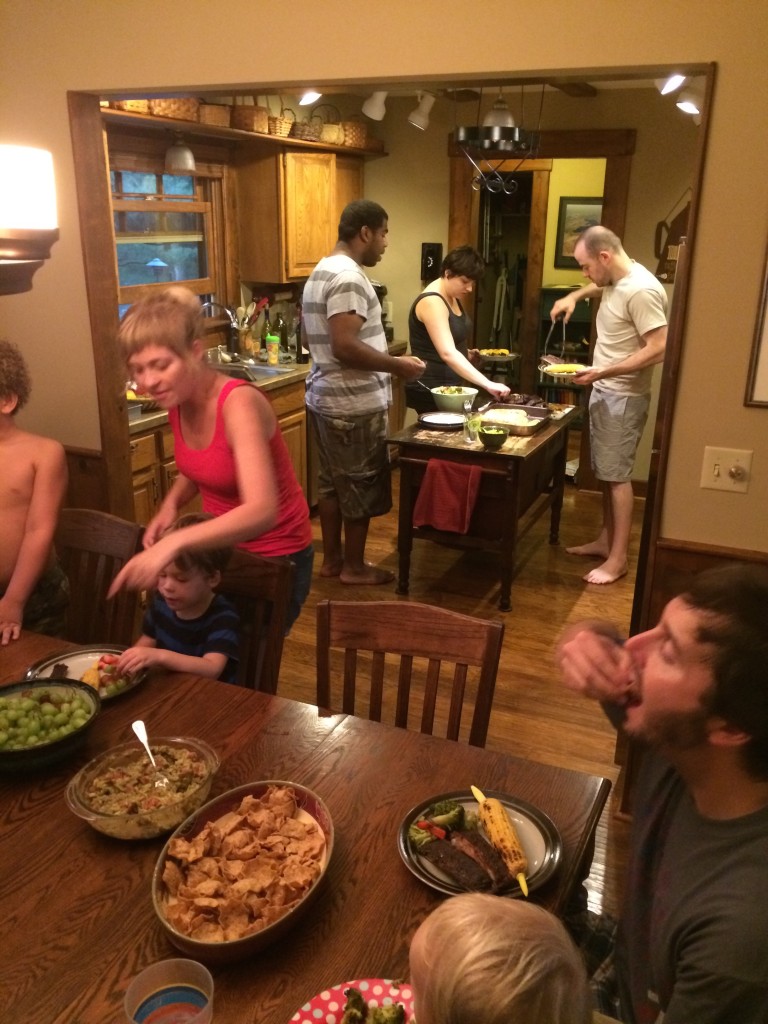 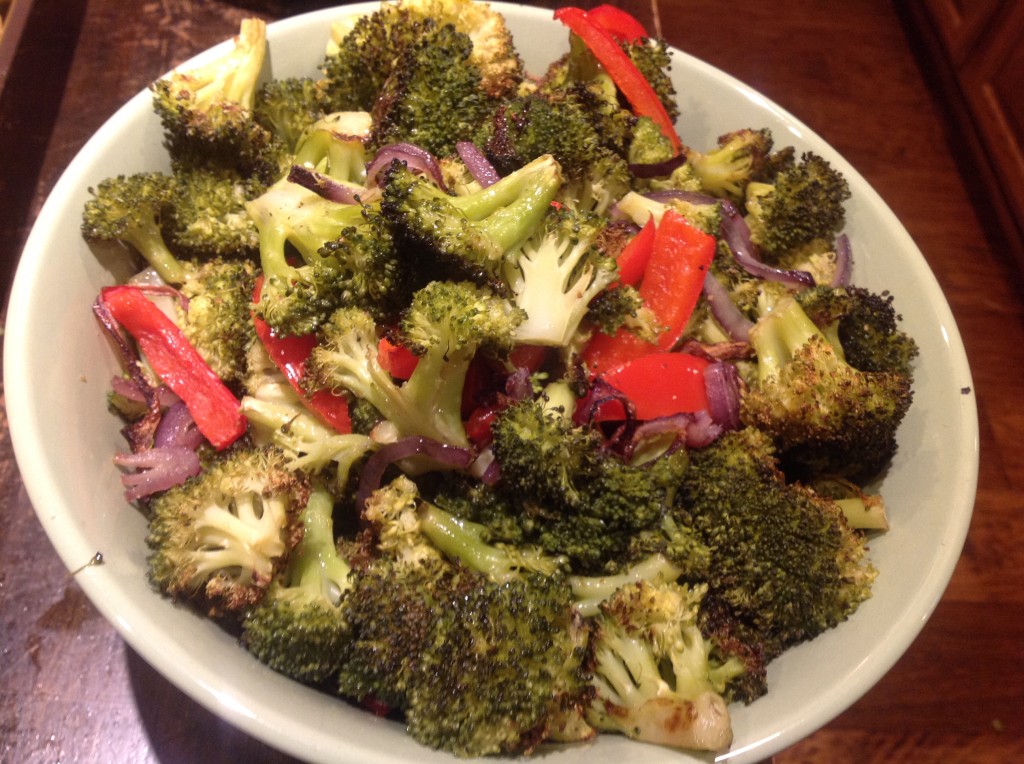 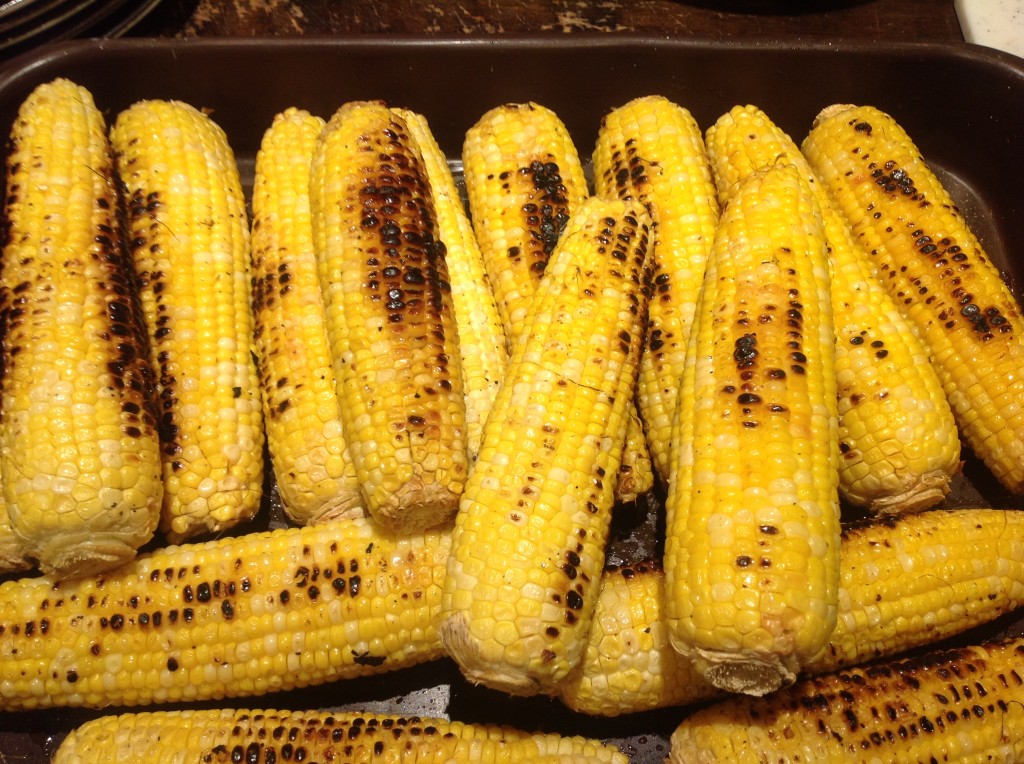 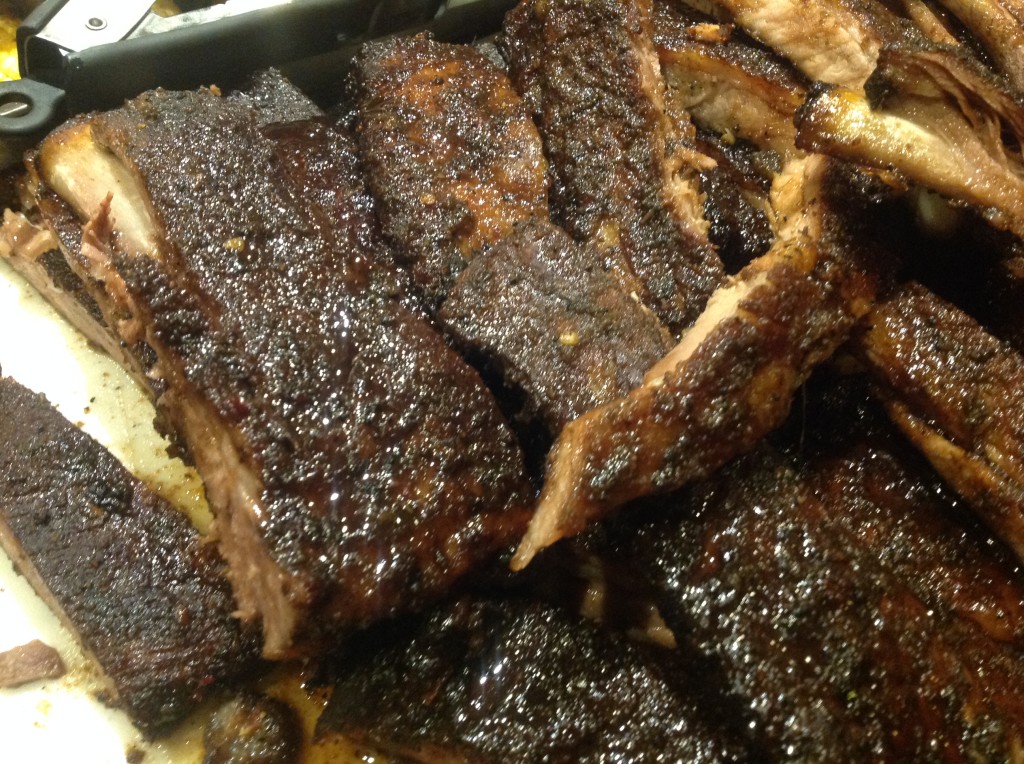 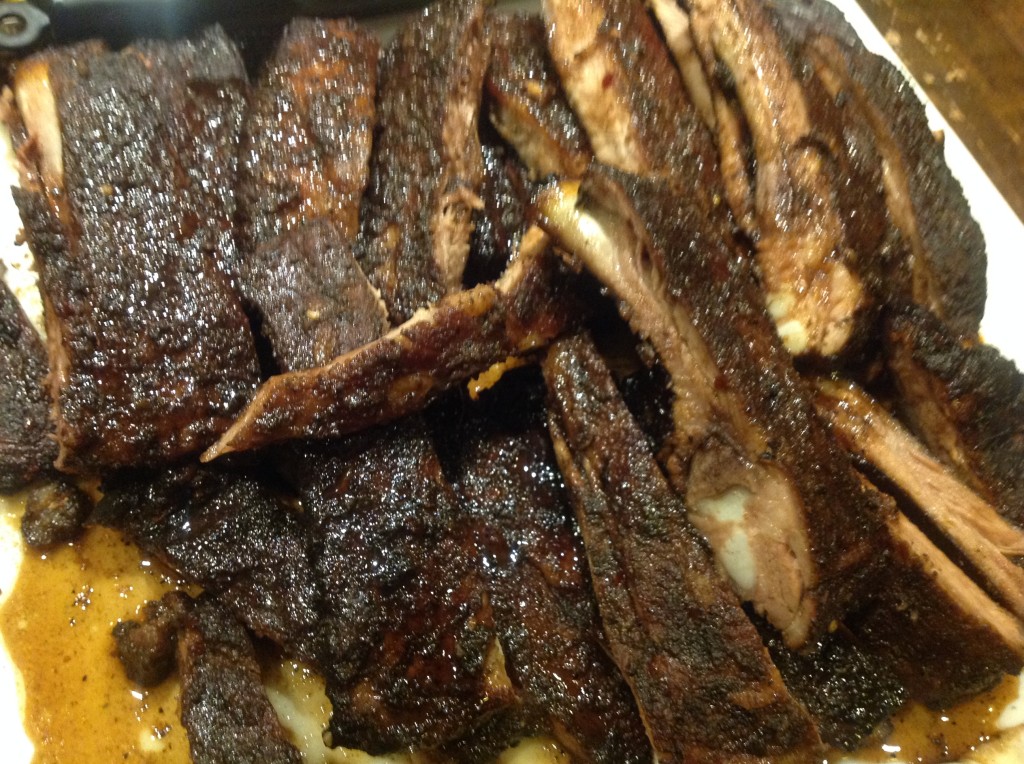 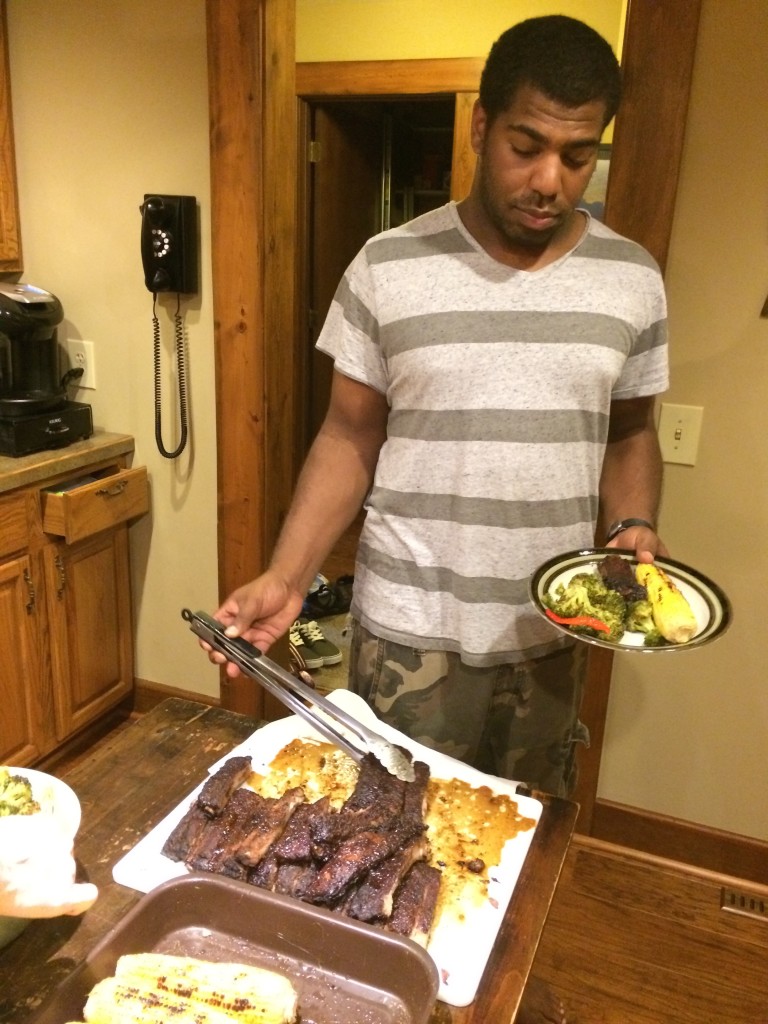 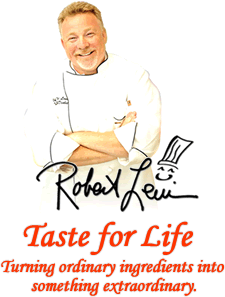